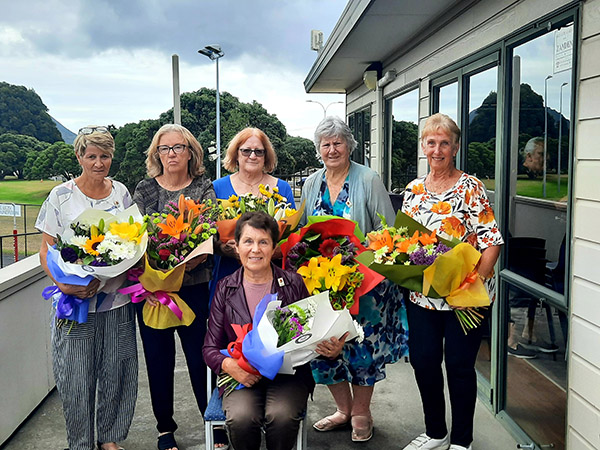 ‘Storm calls ‘a spade’ a spade.  She will never ask you to do what she wouldn’t do.  Always leads by example.  So inspirational that her gravity pulls up to her high standards’

‘Pam has given so much to netball and in particular umpiring over a number of years.  She is one of those rare volunteers who believes in order to take from the sport you also need to give back.  She is happiest working with umpires, umpire coaches or team coaches of any level.   Her passion is immense, her knowledge is vast and she is willing to be challenged and grow as the sport and umpiring changes to meet new demands’

‘Edna’s dedication to the game clearly outlines the important roles she has undertaken throughout her netball volunteer involvement.  Her passion for netball enabled her to move into becoming a specialist Bench Official and Statistician.  In this role Edna worked closely with NNZ, the Zone and the Centre and was actively involved at International, NNZ tournaments and HCNC Premier grade games’

‘Your loyal and dedicated service to Netball has played an integral role in our success.  No job too big or too small, we sincerely appreciate your wonderful years dedicated to volunteering at Centre, Region, Zone & National levels.  The go to person for everything Netball at Hamilton City Netball Centre’
1984 Netball Waikato Union Service Award
1993 Sport Waikato Administrator of the Year
1994-2015Waikato Union/Hamilton City Board member
1998 Netball NZ Service Award
2001 Sport Waikato Service to Sport
1996-2006 President Hamilton City Netball Centre
2014 Civic & Freedom of the City Award Hamilton