1. Why was the Level 1 Performance Programme started?

The purpose of the Level 1 Performance Programme is to increase the skills of talented athletes in the Netball Waikato Bay of Plenty Zone and to introduce performance principles and preparation for training and competing at high intensity. I am positive we achieved that, but a good benchmark will be to compare our teams’ performance against the rest of the country in upcoming age group tournaments.  If we can’t compete then we need to look at our content again.
The programme involved four sessions in Centres with the Level 1 coaches and three squad sessions. At the first squad session in Cambridge the group learnt how to run the yoyo test, move properly, organise their year, basic nutrition tips and they were also assessed by our Level 1 Performance Coaches.  The second session was in Tokoroa; the group completed agility testing, and had the Magic coaches take specialist groups and run game play.  The third session was in Tauranga and was game play where a tournament squad was selected to play the Level 2 Performance group.  A highlight of the Tauranga session was having Magic players Lenize Potgieter and Monica Falkner come to talk to the Level 1 Performance Squad about their journey.

2. What was the highlight?

The highlight of the season for me is seeing the depth of talented and dedicated netballers in the WBOP Zone.  WBOP is a strong zone where all our Centre clusters are highly competitive.  Athletes in the tournament squad came from all over the Zone including Gisborne, Opotiki, Mercury Bay, Rotorua, Ngatea, Papamoa, Te Aroha, Hamilton and Cambridge.  The Centres and schools that have worked with these athletes should be so proud of their crucial part in delivering competitions and coaching that has resulted in such a strong group.  The development of coaching and umpiring was also a highlight and to see that all areas of the game have clear pathways is amazing. This is the entry point and as we know ‘Rome wasn’t built in a day’ but the front gate looks strong.

3. What would you do differently?

I would like to add team managers to the mix as it is a role that requires special skills to manage teams.  It would also be great to include exchanges with other Performance Groups of a similar level.  More game time is always good and mixing up the teams so you learn how to adapt quickly when playing with different players.  This is the reality of trials so we need to simulate that in order to prepare our Level 1 athletes.

4. What did you want the athletes to take away?

Athletes constantly weigh up “what am I going to get out of this?” and I can already see some athletes transitioning up the Pathway faster than others because they are open minded.  They came along with eyes glazed over thinking “yawn another netball camp”, yet left with eyes wide open thinking “wow, is that what I can do with this game?”.  Being open to new challenges is what keeps athletes fresh and if athletes get that now and take it on, they are the ones who get you through when the going gets tough as they love the journey more than the prize.  The Prize is nice though.

The Level 1 players have now gone back to their rep, club and school teams with greater skills and understanding of what it takes to be competitive. It is so important that the information and key learnings from the Level 1 Performance Program transfer to others.  The Level 1 tournament squad selected in Tauranga has now merged with the Level 2 Performance Group to become the Level 2 Accelerant Group. These athletes will be supported individually through to September where after a strong competitive season we hope they present strongly for our BEKO squad trials. 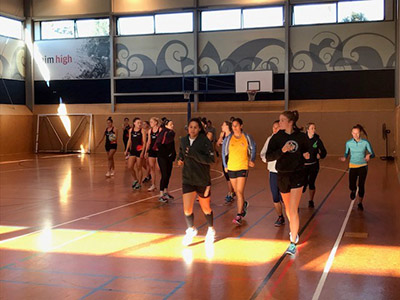 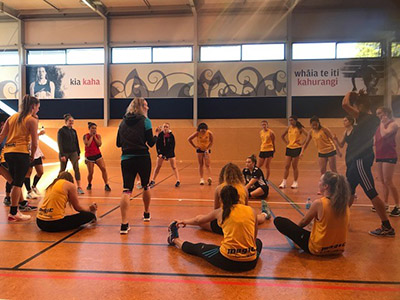