The Purpose of the Level 2 programme is to support the transition of athletes as they move to the BEKO level of competition.

This Level is tricky as most players are making transitions in all areas of life e.g. moving out of home, new jobs or study.  The biggest issue most players have in transitioning to BEKO and Magic is that they don’t understand or can’t handle the responsibility that comes with committing to daily training, lack the ability to plan when and how to break into elite netball.   The outcome of this programme is to give players the direction and support they need to do this.

My highlight was seeing the growth and connection in the group, in particular the wins against North Harbour in both Cambridge and at the Northern Stars HQ.  We had a trip to NZ Rowing HQ to talk with members of the NZ Women’s 8 crew who taught us that they “compete for their seat” on a weekly basis.  They also take “hard training” to another level - they told us a rest day is a massive bike ride.  But most of all they reminded us of the joy of competing, meeting targets and loving the challenge!   It was rewarding to see our coaches from Tauranga and Whakatane, Jodi Tod Elliott and Te Ahuru Waititi, come through and coach the group and affect change in the players through their genuine care, deep knowledge of the game and foresight.

I would start with the sports science component.  Players had access to The Foundation Clinic from Tauranga who tested Biomechanics and assessed nutrition.  In our first session, we had Rod Corban from HPSNZ work with the group on identifying their Performance Mindset. In particular Rod challenged us to look at the enjoyment, clarity, commitment, focus, accountability, language and  emotional factors that affect us and influence performance.  Having more specialist skills coaching sessions as the micro skills of the game, the little adjustments to technique can make a big difference.

I wanted players to understand that the transition takes time, that there is no secret to making it and if you get a few things right it’s an exciting and thrilling sport to be part of.  Players who give themselves a chance know that you are leading a dual lifestyle where your mates are carrying on with life in general while you need to do extra, make commitments and plan for the next stage and I think we helped some in this area.  This group showed huge potential, the uptake of players wanting the sports science support showed they are finding out where they are at physically, training smart and planning well.

The Level 2 players are scattered throughout our Zone rep teams and the 2017 BEKO team.  We have also introduced the Magic Zone Accelerator Programme (MZAP) as we identified a gap in competition and tournament opportunities for athletes aged 19 years and over.  This group will work with players from the 2017 BEKO team and others wanting to prepare for BEKO trials through gameplay.  Ultimately, we want the supply of players to BEKO trials and Magic training partners to be highly competitive. 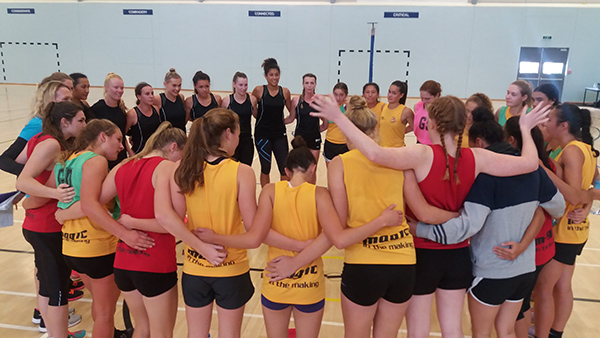 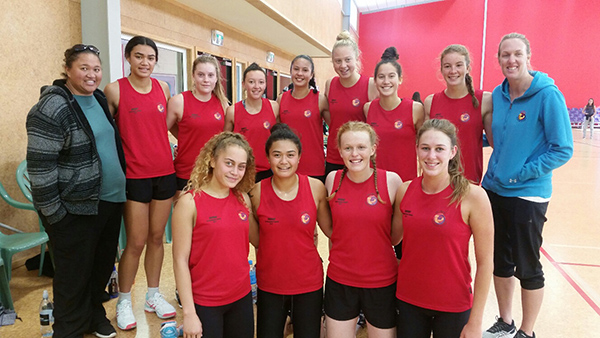