The Wintec NWBOP Under 23 team have had successful scoreboard results at the final pre-season tournament that was hosted by Netball Northern at the Auckland Netball Centre.

The depth of Wintec NWBOP players was tested due to injuries sustained during the week to Captain Katherine Coffin and circle defender Linda Kells.  Despite this set-back the girls under the helm of  Coach Mary-Jane Araroa finished with positive results of 76-45 against Central and 63-49 against Northern.  The new rules being trialled kept the spectators, technical officials and players on their toes as the unlimited 30 second injury rule was utilised by all teams.  The tournament was a good opportunity for the coaches to see who best adapted to the injection of fresh legs and practise seamless transitions.

The Wintec NWBOP team departs for Dunedin on 6 July to defend their Under 23 AGC Title and we wish them all the very best. 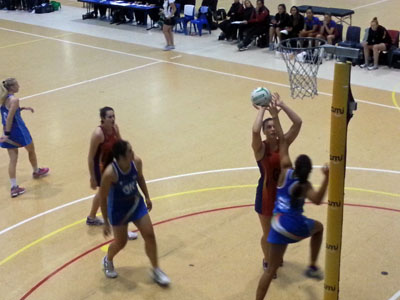