Wintec NWBOP U23 over Queen’s Birthday Weekend travelled to Auckland to play the Singapore National U21 team.

The Singapore team is at the start of their four year cycle building towards the 2018 World Youth Championship.

This game provided a good opportunity for Wintec NWBOP Coach Mary-Jane Araroa to trial a number of combinations ahead of the pre-season competition held in Wellington where four of the five zone teams converged to play a round robin over Saturday and Sunday.

The trial rules that will be in place during the U19 and U23 Age Group Championships including two point shots in the 3.5m zone of the circle were in effect giving the coaches, players, officials and spectators a good chance to experience how the rules change the game and the need for tactical adjustments to best manage the new rules. 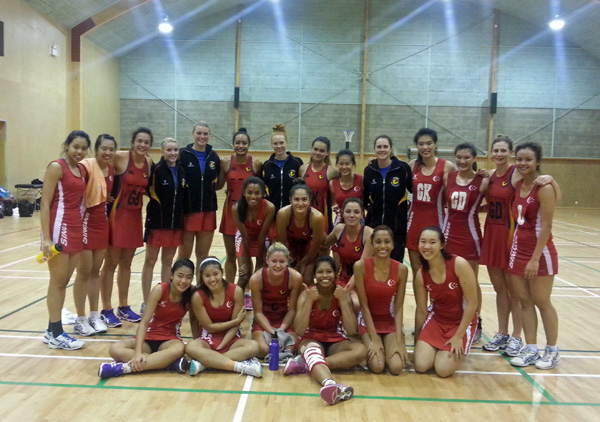