The workshop, held in Cambridge and Rotorua, was packed with valuable information for athletes on what they can do to become better athletes – such as decisions and habits around food choices for different types of training, and improving basic movement patterns for developing netballers.

The players, umpires and coaches learnt a lot from three High Performance Sport New Zealand sports science specialists present, who are currently working with New Zealand’s high performance rowers and cyclists, amongst others.  Sports psychology, strength and conditioning and nutrition presentations all had the netball audience captivated.

The workshop also provided an opportunity to look ahead at the 2016 Performance Programme and advise the U17 participants of a Talent ID day tentatively set down for Saturday, 6 February 2016.  The day will be an opportunity for the New Zealand Secondary Schools (NZSS) Head and Assistant Coaches to observe eligible Zone athletes, with a view to naming the NZSS triallists for trials in April 2016.  Level 1 umpires have also been invited to umpire the Talent ID day games as part of their development.

In addition, those present were informed that netball for both Performance Squads will get underway again in February with pre-season conditioning and skill work.

Given the success of the workshop, further sports science workshops will be organised when the new netball season gets underway. 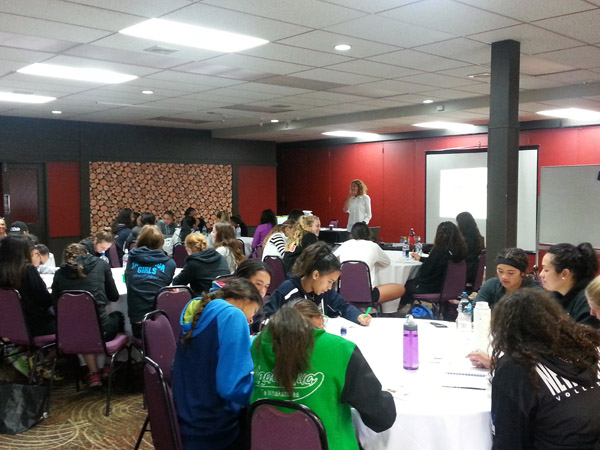