The NZU21 team have been crowned world youth netball champions after beating their trans-Tasman rivals, Australia, in a thrilling championship final in Glasgow.

Kia Magic will retain its potent defensive presence in the 2014 ANZ Championship netball competition after securing the prized signature of Casey Kopua today. 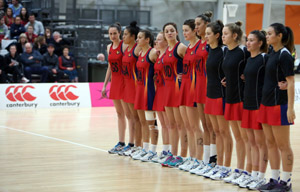 Special thank you to our KIA Magic Volunteers

There are a special group of people involved in our Zone/Franchise – they are our volunteers!

The Waikato Bay of Plenty Netball Zone is pleased to announce the appointment of Julie Fitzgerald to the role of Kia Magic Head coach.

Fitzgerald has signed a two year contract through to the end of the 2015 ANZ Championship season.

The Wintec Waikato Bay of Plenty Under 23 teams stepped out on court in Tauranga over the weekend to compete for valuable championship points leading into the main part of the New Zealand Age Group Championships that take place in Wellington July 15-18.